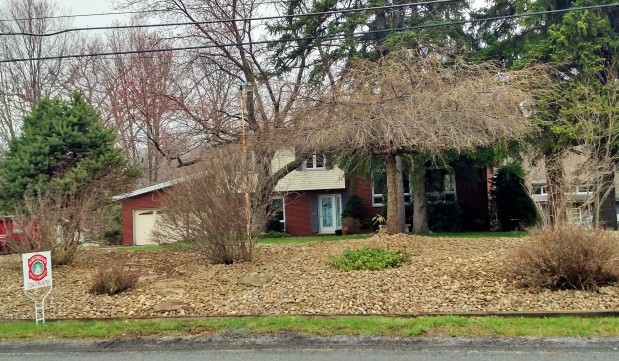 In which we put our house on the market…

We’ve been so busy since our last post! As you may recall, we were beginning a month ago to work on getting rid of cluttery stuff. Since that time, we’ve…

Not to mention spending all of our weekends and evenings (well, almost all – we had to take breaks for trivia nights and some dinners out) moving furniture around and removing all the visible clutter – along with both of us working 40+ hour weeks, and for good measure my helping organize a SharePoint Saturday in Pittsburgh coming up at the end of May. I’ve taken carloads and carloads of stuff to Goodwill and to a rummage sale, as well as using Facebook and Craigslist to get rid of other things (my friends are probably tired of me hawking my wares all the time…). The basement now looks like it actually could be a game room again, rather than an underground attic piled full of stuff. And I could probably fit another Fiat in the garage now in front of mine!

As we’ve been remodeling and sprucing things up, a lot of people have said: “I’ll bet you don’t want to leave now, huh … haha”. And the house is looking better than it has in years, but we’re still very excited about the journey(s) ahead, so the answer is “Nope… still leaving!”

So we… are… exhausted, but we’re now able to spend a bit of time relaxing in our lovely surroundings, and planning our adventures while we wait for someone to buy our house!