Sometimes, it pays to have zero plans! 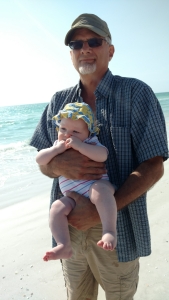 I was winding down the Salesforce and training project I was working on in Naples FL, we had just finished spending time with our son and his wife who flew down for Spring break, and we were scheduled to leave the Airbnb condo and return our rental car to Miami. I tried to find somewhere to stay in Miami for a couple weeks, but the couple requests I made didn’t pan out, and everything else was pretty expensive, it being “The Season”. And then our daughter’s husband’s grandfather passed away, who lived in Sarasota, and so they (and our baby granddaughter!) were going to be traveling from California to Florida for the funeral. Since we had nothing booked, we decided to meet up in Sarasota for a couple days after the funeral. Sad circumstances, but a nice unexpected visit! 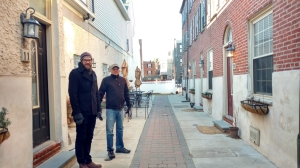 Then we thought we’d stay in the Sarasota/Bradenton area for a week or so, and catch some Pittsburgh Pirates Spring training games. On that Thursday (March 9th), I was about to book a place to stay in Bradenton, when Al got a call from Venture asking him to attend a project meeting on Monday in Bradford, PA. So again, easy change in plans, since there really weren’t any firm plans anyway. After some discussion, we decided to fly to Philadelphia on Saturday, stay with our son overnight, and borrow my little Fiat (Bianca) back from him to drive to Pittsburgh, since Al would be needing a car for the next several weeks.
After the meeting, we had to wait to see whether or when Al would need to start the project, so we hung around Cranberry (a northern suburb of Pittsburgh) for what turned out to be nearly 3 weeks. 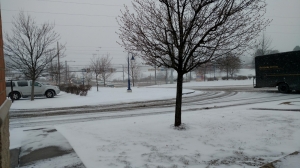 Snow for our arrival… our first since last winter! 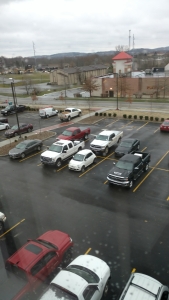 After arriving in Pittsburgh on the 12th, we had stayed at my mom’s retirement center for a couple days, which was a nice visit – I got to go to her “hall” dinner on Monday evening while Al was on his way back from Bradford. Then we moved to a brand new suites hotel (WoodSpring) in Cranberry, and kept extending our stay a few days at a time while we waited for word on the project. The hotel was mostly full of drilling and pipeline workers, so it was always muddy. Bianca looked like a toy next to all of their big trucks 🙂
In the end, Al did get the project, so he went in to the office each day during the week of March 27, while I worked on my project from the hotel room. He then needed to be in Bradford for a couple weeks of field work beginning April 3, and meanwhile I had won a pass to a SharePoint conference in Austin TX, so I flew out on the 1st and he drove to Bradford on the 2nd.

BUT not before we got to go to the Pretenders and Stevie Nicks concert in Pittsburgh, courtesy of an old high school friend of mine who’s on the tour! 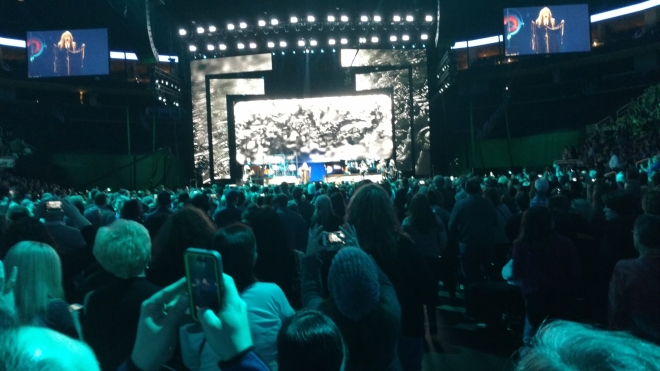 We’ll then be back in the Pittsburgh area after Easter, for a few weeks.

It was nice to be able to see some old friends while we were in the area over the past couple weeks, and we got to go back to a few of our favorite restaurants. We also visited our “stuff” in the storage unit, and got out some colder-weather gear to prepare for early Spring in northern Pennsylvania.